When I first moved to the United States back in August 2009, I had to confront a surprising and rather unsettling situation. I found that many Americans and students from Europe were asking me eerily similar questions about where I was from. These were not questions about how I was coping in a new country, or how I was handling the culture shock. Instead these were questions along the lines of “Is it true that there are no toilets in India?”, or “Do you guys have banks in India?”, or “Is it very dangerous to live in a big city in India? How about the rural areas?”, or “Do you have cars and other technology over there?”.

In case you haven’t seen this movie, Slumdog Millionaire is about a kid from the Mumbai slums who grows up being the victim of almost every aspect of India’s dark underbelly. It documents what he went through and culminates with him winning a million dollars in a game show. It was marketed as a rags to riches story, but in reality that theme was just a vehicle to reinforce every single pre-existing stereotype the Western world has about the third world in general – and specifically India. Some of the things shown in the movie include child prostitution, forced begging, open toilets, religious riots, rape, blinding of children, call centers, etc. 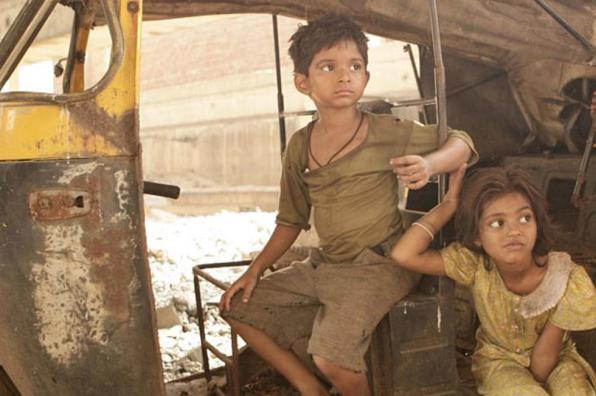 After the movie won the Best Movie at the Oscars, it predictably got a lot of additional publicity and a lot more people made the effort to watch it – especially in the western world. And so whenever I met an American or a European who had watched the movie, I was typically asked questions like the ones above. And it was not just me. Most of my fellow Indian friends have gone through this same experience.

Yes these are not appropriate or even the correct questions to ask someone. What I realized though, was that I was being asked these questions by Americans not out of condescension, but out of an actual lack of knowledge about India. Essentially, Slumdog Millionaire was the ONLY mainstream representation these people had about India. Predictably, those whose opinion about India was only based on this movie were the ones asking those questions – and they were doing so out of pure curiosity and fascination.

Needless to say, Slumdog Millionaire is not at all representative of India as a country. Make no mistake – all those things shown in the movie do exist and they do impact a lot of people. But by deliberately showing ONLY the dark underbelly of a country, there is a conscious building of a narrative – one which dictates that the dark underbelly IS the country. And THAT is not at all acceptable. Imagine if a movie is made about America focusing ONLY on the school shootings, opioid crisis, police brutality, crime in low income neighborhoods, racism in the deep south, widespread obesity, big corporations controlling the population and the elections, and an extremely divided country with one set of people hating the other. And if this movie is the ONLY mainstream representation of America in a foreign country, would Americans consider it fair? Probably not. Such a movie would again just take the dark underbelly of a country and portray it to be EVERYTHING there is to know about the country. And that is simply an incorrect portrayal.

And that right there is what I call the “Slumdog Millionaire Effect”. This is a classic manifestation of the Texas Sharpshooter Fallacy. This is what happens when the spotlight is put on a select few aspects of a situation and the audience’s understanding of the entire situation is thus limited to just what is shown in the spotlight. It is a dangerous technique but one that is widely used in today’s society – especially in the media.

Which brings me to Hasan Minhaj and his Patriot Act episode about the upcoming Indian Elections on Netflix. In a nutshell, Hasan Minhaj has used the same techniques that Danny Boyle used to portray India. But just labeling it as an example of the Texas Sharpshooter Fallacy would hide all the other (more important) deep seated issues that the episode is symptomatic of. And that will be the focus of the next post.

2 thoughts on “On Hasan Minhaj’s Episode on Indian Elections: The ‘Slumdog Millionaire Effect’”