Everybody seems to be talking about it, all the media outlets are covering it, social media has it trending 24/7, and everyone has their own opinion on the legitimacy of all of it. And I honestly have no interest or stake in what happens to the man at the top of it all – President Trump. But what I do have an interest in is in the maintenance of civility and unity in any society – especially one that is already as divided as the United States.

Most Presidential elections in the US are truly just an exercise in the demonstration of the division within that country. It is Us vs Them, Left vs Right, Democrat vs Republican, Liberal vs Conservative – name your labels. But nobody seems to point it out for what the division really stands for today – Americans vs fellow Americans. Now how about that label, eh? 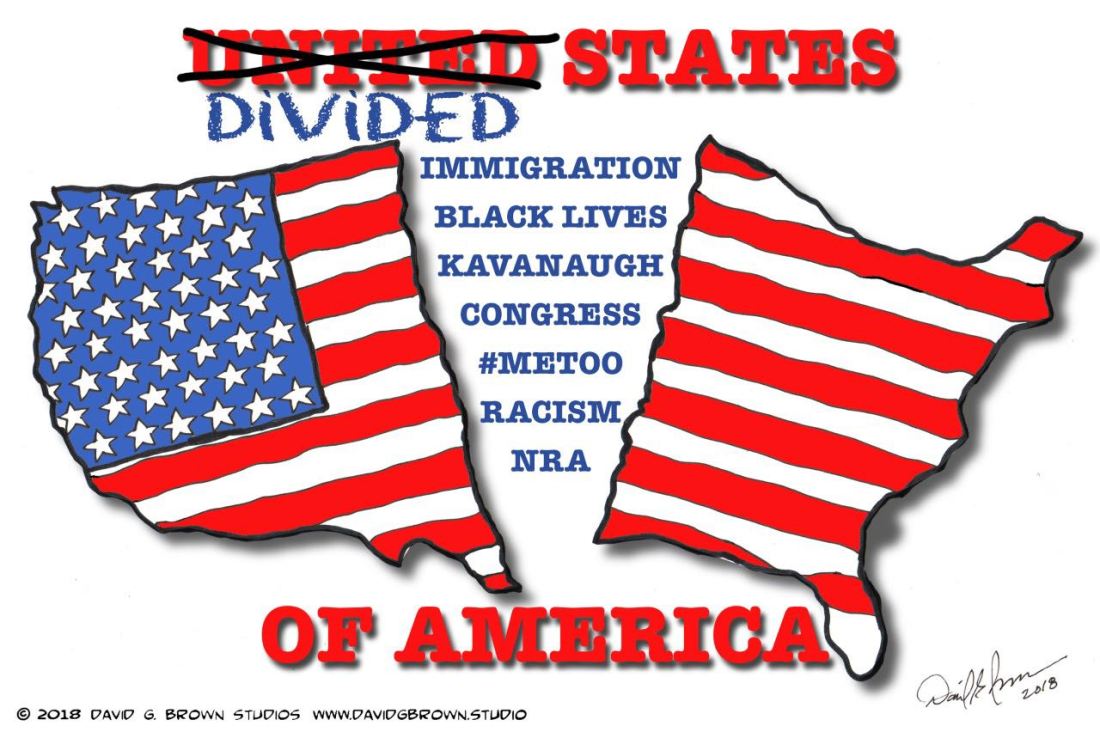 I am not an expert historian to tell you when exactly this division started to take its present shape. Was America truly ready for a Black President in 2008? How did Obamacare’s passing impact the legislative process? What about MitcConnell’s obstruction of Obama’s judiciary appointees? How much did Obama’s executive orders piss off Republicans? How angry did the ‘Liberals’ in America get when Mitch McConnell refused to confirm Merrick Garland to the Supreme Court – only to later confirm Gorsuch and Kavanaugh? How confused were people when Donald Trump became the President? What about that Republican bill giving tax breaks that was passed behind closed doors? What did the relentless criticism of Trump tell those who voted for him?

And how do you think society reacts when every one of the above events were amplified by a biased and loud mainstream media – print and cable – along with a significant dose of extreme opinions accompanying it from all the different parts of the internet?

I am not even going to repeat the talking points that are propagated in the media for and against this process. To me, they are rhetorical at best, and political at worst. Nowhere do I see the actual interest of the people being represented in any capacity. But I will quote a statement from House Speaker Nancy Pelosi from back in March this year (emphasis mine):

Impeachment is so divisive to the country that unless there’s something so compelling and overwhelming and bipartisan, I don’t think we should go down that path, because it divides the country. And he’s just not worth it.

The media, of course, just focused on the last line of “he’s just not worth it” because it was a great soundbite – nothing else. That statement about how an impeachment process can divide the country unless it is based on something compelling and has bipartisan support is the absolute truth. Which is why it is rather unfortunate that Pelosi herself is the one championing the impeachment process now.

For the sake of discussion, let us say the President has just been impeached along party lines in the House. What do you think will happen? You think the nation will rejoice? Is this some sort of a victory? If so, can you tell me who won? What constructive things do you see happening after this? Oh you don’t say it will help elect a Democrat President in 2020? Because clearly that is NOT what this impeachment is about right? Oh I hear you say he just deserved to get impeached? Well, in the immortal words of Snoop Pearson from The Wire, I think what you really meant was:

Deserve got nothing to do with it. It’s his time, that’s all.

I will tell you what WILL happen. CNN, MSNBC, ABC, WaPo, NYT, and the likes will rejoice – openly, and with an in-your-face attitude. Half the nation will rejoice too. Operative word being ‘half’ – because the other half will be pissed off. All Dem politicians will claim victory and try to sell that to their base – you know the half that rejoiced. Fox News, Breitbart, Drudge Report, WSJ, and the likes will continue questioning the legitimacy of the process. All the Republicans will cry unfair, play victim and sell that fear of ‘Dem takeover’ to THEIR base – you know the other half that did not rejoice. There will be some superficial pressure created on Mitch McConnell and he will hold a hearing and eventually Trump will not be convicted. The media will get all the coverage and pageviews and get rich with all the divisive and biased rhetoric.

And the poor American people will come out of it more divided and entrenched than ever before. There will be even lesser room for civil debates and discussions. It will be harder to change people’s minds on any damn thing. The ideas of subtlety and nuance will cease to exist in any conversation even remotely political. Friends are chosen based on their political leanings. Extreme positions will become even more common. More politicians will begin to endorse extreme positions. As the Left goes more woke, the Right will double down on rejecting any change at all. Supreme court justices will be confirmed depending only on which party holds the Senate. No significant legislation will ever get passed in the House and Senate. And yes, impeachment of a sitting President will become more common. Everyone will have an opinion, but the American people will ultimately bear the brunt of it all.

Fact is divisive events have a cumulative effect on society over time. And division breeds further division, thereby cementing a dangerous spiraling loop. In the USA, I strongly believe that these events have led the society close to the point of no return. There is a tipping point approaching and this impeachment will make the American people see what lies beyond. Just remember, there is no way back from that.

What I would like to see is a new leader emerge who works not to ‘energize their own base’, but instead seeks to unite the country – and wins the next elections. There are very few in the Democratic primary field who can be fit into that category. I will not take names but just know this – the more to the left the Dems go, the more to the right the Republicans go. So by that metric, figure out for yourself who is likely to unite and who is likely to further divide. But really all that is a redundant exercise because Trump is going to win in 2020 regardless – the impeachment would make sure of that.

2 thoughts on “The Perils of a Trump Impeachment”