Back when I first became a football fan – and subsequently a Chelsea supporter – in the early 2000’s, I was spoilt with the presence of all the massive personalities in the club who constantly showed immense leadership on the field – especially when Chelsea needed it most. These are players who would constantly motivate other fellow players, never stop trying till the final whistle, never accept defeat, never give up, and never let others around them give up. They were also players who would sometimes win games just by the fear their daunting personalities instilled in the opposition. 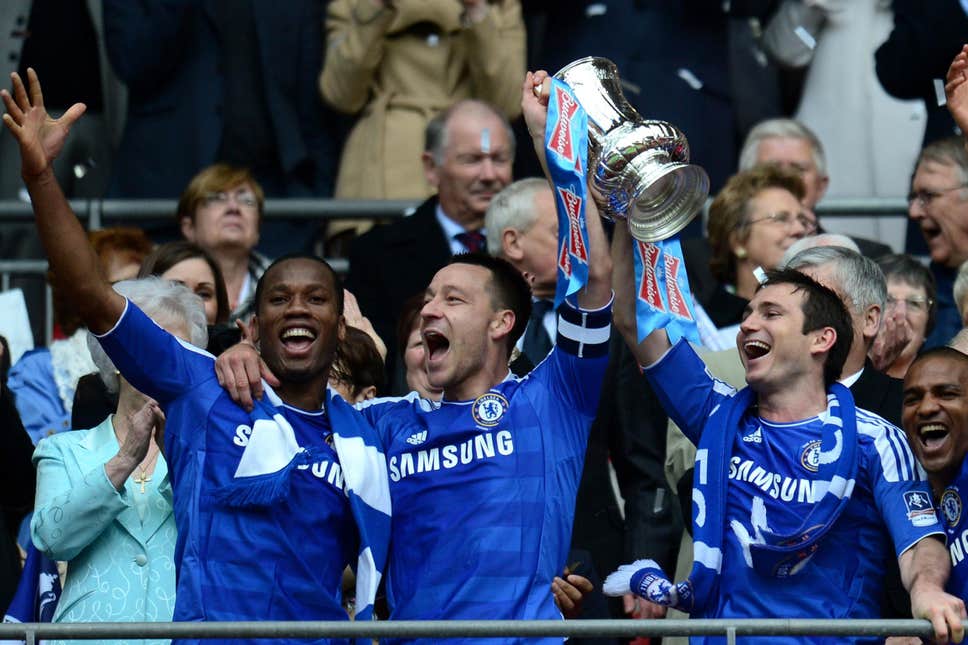 To me personally, Didier Drogba was the man who embodied all the qualities I love in a footballer – the technical ability, athleticism, ability to shepherd his fellow players when the going gets tough, and the ability to intimidate and bully the opponent defense into complete submission. Just ask Arsene Wenger and he will personally attest to all of that. And then you had the likes of Essien and Ballack who were completely in their element tackling, shoving, and generally bullying the opponents – especially in the mid-field. Do you remember anyone ever picking a fight with Essien or Ballack AND WINNING it?!!? And then you had the calm presence of Lampard and Terry – two guys who formed the core of the team and whom you could almost always count on. And then you still had Ashley Cole and Ivanovic – two players who displayed their own sense of leadership to the team and the opponents.

Regardless of what each player’s qualities were, the team almost always played with a “Fuck you, we will find a way to win this game!” kind of attitude. That confidence may have bordered on arrogance at times. But for the fans, that gave a sense of belief in the team that no matter what the scoreline was, there was always hope and that it was never over till the final whistle. (Cue 2012 Champions League campaign).

And that is what I miss the most now – and have missed for a good few years. Ever since the departures of Terry, Lampard, Drogba and company, there has been a massive massive leadership void within Chelsea that has not come anywhere near to being filled. There has been almost nobody who has taken over the role of the team motivator. Cesar Azpilecueta has done an acceptable job as the Captain but has inevitably been far below the standards set by John Terry and Frank Lampard. The club has definitely had its share of stars – Hazard, Fabregas, Costa – but I don’t recollect anyone stepping up to shepherd the players when the scoreline is not in their favor. But the personalities I miss the most are those who took up the role of the team bully. Chelsea has sorely missed someone on the pitch who instilled a sense of fear and intimidation in the opponents just by their mere presence. Perhaps a case can be made for Diego “I go to battle” Costa for the role of the team bully – but that was just a temporary stint.

So as much as I am super excited to see this generation of super young Chelsea players grow and play together for the next several years, I still do not know who will grow up to become the next leaders of the team – someone who will yell at their own teammates to not give up, someone who will set the team’s standards by their own work, someone who instills a sense of belief in the teammates that it is not over till its over, and someone who will intimidate and bully the opponents into self doubt and submission. My money is on Andreas Christenssen, Christian Pulisic, Reece James, and – get this – Billy Gilmour. I don’t expect to see any significant transformation in any of them for at least 2-4 years, but I do have a sense that this young crop of Chelsea players will eventually grow on to take up the mantle vacated by the likes of Drogba, Terry, Lampard, Essien, Ballack and others.

As a side note, I do have to acknowledge this lack of ‘leaders’ being an issue with most of the other top clubs in England. Nobody has taken up the roles vacated by Giggs, Scholes, Neville, Ferdinand, Vidic (Man Utd); or Kompany, Yaya Toure (Man City); Henry, Bergkamp, Viera, Pires (Arsenal); or Gerrard, Carragher (Liverpool). I wonder who the ones would be stepping up in those clubs.

One thought on “Bemoaning the Leadership Void at Chelsea FC”